loves6cats
45 year old partnered with the love of my life, with a 28 year old daughter, 23 year old step-son, 19 year old step-son, 16 year old step-daughter, a 9 year old step-son and a 4 1/2 year old son. I now have 5 male cats and 1 female bunny that I adore. I had to rehome 2 kitties last September and 2 kitties passed away in November so things have been sad this past year. I love contests as I'm sure you can tell. I also love tattoos, looking at other peoples' and getting my own (I've had 17). I met the man of my dreams, living right next door! We plan to get married this year and to homestead within the next 2 years. 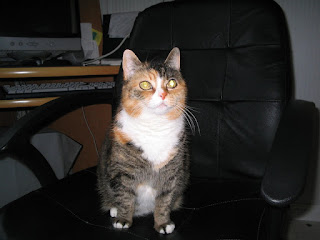 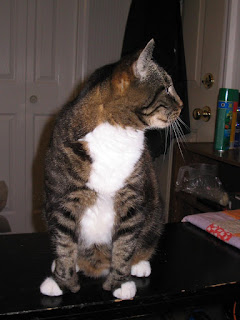 Here is a pic 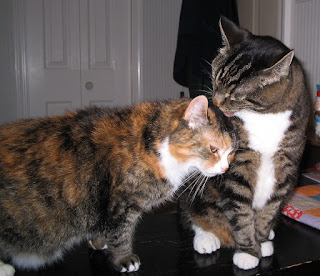 ture of Tigger and Dulcet. They were like husband and wife. They are missed so much! 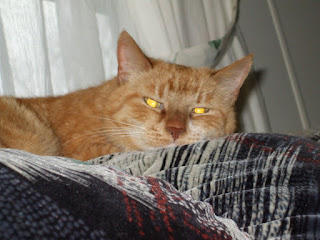 This was the baby of the bunch, Furball - he was the smartest of the bunch. He was my boy. He was born May 4, 1994 and died December 3, 2008. He was kind of like a dog - he would like my face to say hi, would come when called and would meet me at the door whenever I got home. He is so missed! 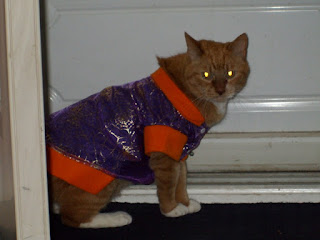 Furball loved me dressing him up in little costumes. Here he is in a Halloween costume that made him look like Disco Stu from the "Simpsons".
Posted by loves6cats at 2/08/2009 09:30:00 PM

How Was Your Day

Tales of a Ranting Ginger

Mommy Living the Life of Riley The Life of a Canadian Angel

Mom vs The Boys

How Was Your Day?

If Only Life Could Be That Simple

The Life Of Rylie & Bryce, too!

Once Upon a Review

Opinions of a Moody Mama

In The Know Mom

We're on the Fence